What Are The Masters Saying About Shockwave Defense?

“Sifu Johnson teaches only that which works. He possesses a practical base of knowledge and experience that few can match…I am impressed anew at his insight and ability. He is a versatile martial artist free of the bias that infects so many others, especially in New Mexico. He always open, and diligently seeks to further his own understanding and practice of the martial arts.”
(The Late Incredible Kyle Foster)
World Class Martial Artists 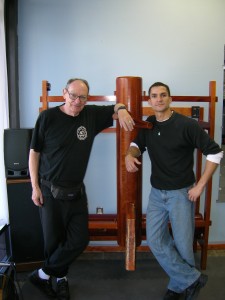 “My name is Tim Tackett. I have been authorized to teach a martial art known as Jeet Kune Do since 1973 by Dan Inosanto who taught JKD for it’s founder, Bruce Lee. I have written 2 books on JKD with Chris Kent and 2 with Larry Hartsell. I have written at least 70 articles for various martial art magazines both in the USA and Europe. I have also produced 8 DVDs on JKD, and I have 2 new books that will be published in a couple of months. I have had my own Jeet Kund Do Organization since 1990 with 2 other JKD teachers who studied directly under Bruce Lee. They are Bob Bremer and Jim Sewell. They both have certificates signed by Bruce Lee himself…Michael Johnson has been an instructor under us since 2006. He also trained with his father, Steve Johnson, who trained with both Bruce Lee and Bob Bremmer in the late 1960’s. Michael is a gifted Jeet Kune Do practitioner as well as a great JKD teacher. I have worked with both him and his students and can attest to his ability to pass on his knowledge.”
(Tim Tackett)
www.jkdwednite.com 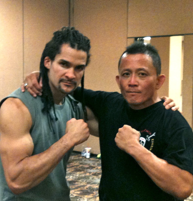 “My name is (Guro) Felix Valencia, I am most recognized by my colleagues, and fellow martial arts masters as one of the foremost authorities in edged weapons training. I have traveled all over the world offering my expertise to Military and Law Enforcement personnel. I have never experienced a facility like Shockwave Defense, or the expertise training that Master Michael Johnson has to offer, especially to a society in need that has to deal with terrorism, home invasions, pedophiles, and other disturbing realities.Because I have trained with the best I know the best when I see it, and Shockwave Defense is definitely one of the best. Master Johnson’s school not only offers state of the art training, but it also provides its students the ability to do their God given right, defend their families, and loved ones from harms way! As an authority, and one of the top in world, it gives me great pleasure to personally endorse Michael Johnson, and his academy Shockwave Defense. Sincerely,
Guro Felix Valencia
Valencia Lameco Esrima”
(Guru Felix Valencia)
Lameco Eskrima (1 of the top 5 knife fighters in the world) 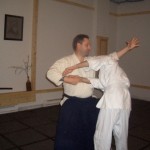 Shockwave Defense has comprised a very comprehensive self defense system for a very complicated world. In the time I’ve spent working out with Michael Johnson I’ve often been amazed by the dynamic application of the tactics and techniques utilized by Shockwave Defense. As the need for self defense evolves, so too should the defense tactics we employ by combining the traditional with the unconventional…Good Job Michael! and thanks for keeping me on my toes.
(Sensei Bodie Littlejohn)
Yondan
Chief Instructor High Desert Aikido